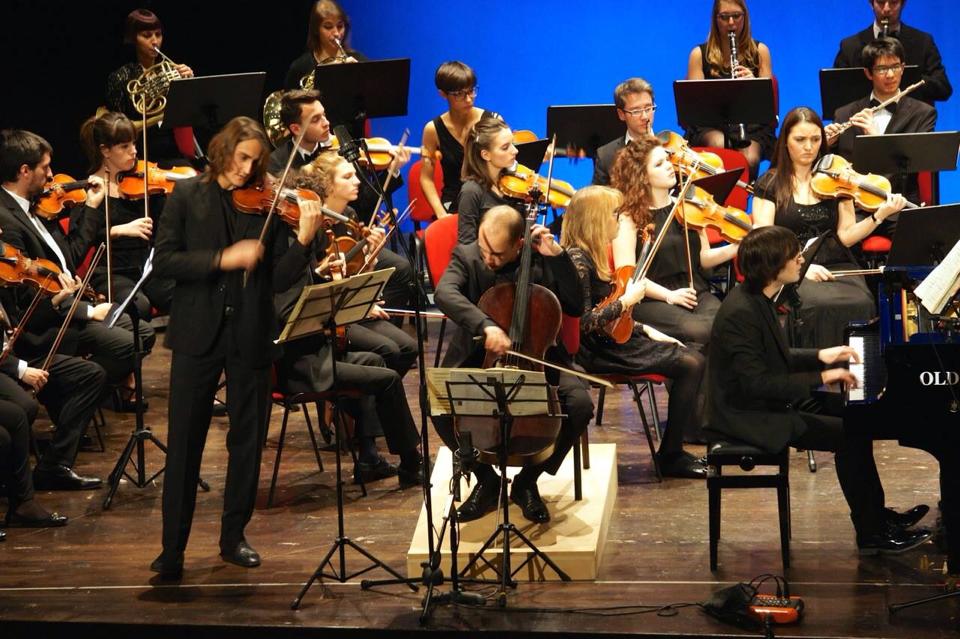 Magenta, Jan 16, 2016 – “Great success for the opening concert of the Musical Season of the Teatro Lirico in Magenta: Alberto Chines, Enrico Graziani and Marcello Miramonti (Trio Casa Bernardini) have remarkably performed the Triple Concerto Op. 56 by Ludwig van Beethoven, demonstrating tremendous technical and interpretative skills, as well as deep understanding and stylistic consistency. Excellent orchestra conducting by Michele Spotti, always together with the intent of the three young soloists, achieving a perfectly balanced and effective rendition. After that, a beautiful performance of Symphony No. 104 in D major by Haydn. The full-packed hall and the presence of the General Consul of France in Milan M. Olivier Brochet, the General Consul of Hungary in Milan Ms. Judit Timaffy and Maestro Bruno Casoni, director of the Chorus of the Teatro alla Scala, made this concert one of the most significant events of the season.”